Why Everyone Seems to be Writing the Same Book You're Writing


It happens to every writer.


You're toiling away, writing the world's most amazing novel, when you discover that another author has

It's like when you're pregnant: Suddenly everyone in the world seems to be pregnant!

This didn't happen to me when I wrote It's a Mystery, Pig Face!, but it sure happened when I wrote The Frame-Up. I'd finished my novel, the central tenet of which is that all original artwork is alive but they don't want us to know they're alive.

Granted, paintings coming to life is NOT a new idea, so it can hardly be surprising that other writers would mine the same subject.

But when my book was published last spring, two other similarly-themed books came out at about the same time that, had I know they were being written, might have intimidated me into not writing my own. And oddly enough, they were also written by Canadian authors. Was there something in the arctic air back in 2016 or so that seeped into our bones and told us we needed to write about paintings? 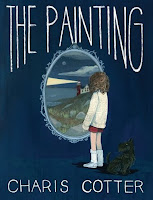 Fortunately, I did not know they were being written, and it turns out there is more than enough room for different takes on an old story.

But it got me to thinking: Why is this a not infrequent occurrence?

Last year, I had the brilliant (to me) idea of writing a Miss Marple book for middle graders.

I got forty pages into the task when I abandoned the project. It just wasn't coming naturally to me. And no matter how much I tweaked the plot, I wasn't in love with the story. And I don't know about you, but I need to love the story if I'm going to work on it for months (and months and months...)

Fast forward to March 2019, and I am browsing in my local Indie bookstore.

A wonderful cover catches my eye: 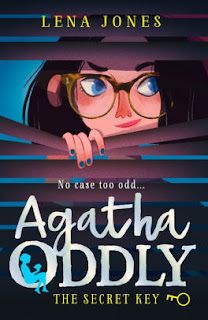 Yup - the talented Lena Jones had not only beat me to the punch, she'd done a much better job of it than my poor effort.

I felt relief when I read it for two reasons:

So what are we to do as authors? And why does this even happen anyway?

In her book Big Magic, Elizabeth Gilbert writes about the concept of multiple discovery, "a term used in the scientific community whenever two or more scientists in different parts of the world come up with the same idea at the same time". 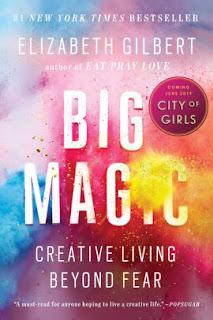 I didn't steal my Agatha Christie idea from Lena; we just had the same wonderful thought at about the same time: wouldn't the world benefit from this kind of story (and the answer is yes, it would, and you should definitely read the Agatha Oddly series!).

Any maybe, just maybe, there's room for seven billion and one alien books because you've found the twist that no one thought about before and that we've all been waiting for.

It seems to me that coming up with ideas for what we're going to write about is the most mystical aspect of writing.

Becoming enthralled with a story idea is the jet fuel that launches months of hard work, sleepless nights, and great joy.

Even if our book is never published (I have a thick folder of projects that will never see the light of day), we know that this book wants us to write it.

It's our twist on an old idea, our gift to the grand creativity of this world.

But what if I had written that Agatha Christie for kids series?

Well, I like to think mine would be so different that there might have been room for two such books. I'll never know, thank goodness.

But the reality is, we don't know what other people are working on at any given time. We can only write the best book we can write. And hope for the best.

Perhaps when you abandon a book (because you likely will at some point) you will soothe yourself with the idea that this story was NOT yours to tell.

The next time you feel like someone else has beat you to an idea or published a similarly-themed book, remember: You are not alone.

Posted by WendyMcLeodMacKnight at 4:46 AM

I definitely think there issues of synchronicity that are mysterious. At one point it seemed just about every writers on the kid-lit chat board called the Blue Board was writing a time travel set in South Carolina. The thing is, I was the least likely to be writing such, and in fact that was exactly what my WIP then was about.

Oh - that is so interesting! It all feels very odd at times, doesn’t it?