A Blindfold, a Leap, and a Smile

I just started writing three new books.
Really.
I picked up a pen and notebook – I was feeling really old school – and I wrote the opening pages to three completely new, completely different middle grade novels.

Now, I'm already super busy. Between my three kids and my job and my writing and my author stuff, I don't have a lot of extra time. So why in the world would I jump into writing not one, not two, but three new books?
Well, pick your metaphor. To shake off the dust. To get the blood flowing. To rekindle the spark. To find the magic.

You see, I was at a bit of an artistic crossroads. I'm just wrapping up the rough draft of one novel, and sharpening my knives to begin revising. We recently finished final edits on my next published book (SCAR ISLAND, January 2017: cover reveal HERE). And I've been busy doing some outlining/mapping/groundwork for a series I plan to start writing this fall. Like I said, I'm busy. I was at a lull, and feeling a little overwhelmed. A little hemmed in by deadlines and targets and calendars.
My imagination was getting a little itchy, and I wanted to scratch it. My mind wanted to do some exploring, some discovering, some no-stakes playing around in the land of stories. So that's what I did.
I'd had a few ideas bouncing around in my head, waiting for their turn to come out into the world. I'd been putting them off, busy with all my “have-to's.” No more, I said. Let's open up a window and let some fresh air in.

I gave myself some ground rules before I began: No second-guessing. No worrying about the next chapter or next scene. No stress about getting it right. No worries if the stories went nowhere and died on the page.
There was no commitment, no pressure, no obligation.

Starting a story is so fun. You get to choose, from almost infinite possibilities, the exact starting point. You get to form a character out of the dark clay of your whimsy and breathe life into them. You get to try on a voice and see if it fits the telling; you get to plant the seed of an idea and see if it sprouts in the soil you gave it; you get to dream, and then move tenderly beyond dreaming into creating.
You get to close your eyes, imagine a world, and then clear your throat and start singing it. 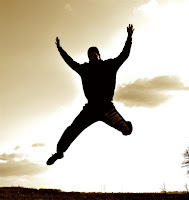 I didn't outline. I didn't do any character sketches or plot maps or protagonist interviews. I didn't look down the road and worry about where the story was going. I just held each story idea in my head for a moment, took a breath, and began telling. I leapt in with both feet, blindfolded.

It was awesome.
I know the humble pages I wrote may go nowhere. In one of the cases, I'm sure they'll go nowhere (isn't it weird how an idea can feel so alive and promising in your mind, and then just lay there on the page like a gutted catfish?). Even the ideas that have that glow and spark in them will almost certainly have to be reworked, rewritten, reimagined.
But that's okay. That's great and exciting, actually. And it's also tomorrow's job.
Today, I got to play in pure possibility. And that's important sometimes. I highly recommend it.

If you're stuck in a stubborn project, or just wrapping up a troubling tome, or casting about for inspiration that won't show itself, or overwhelmed by work or writing or life or all of the above, that's my prescription for you: start telling a story. Or three, even.
Don't worry about finishing a story. For god's sake don't think about writing a whole book. Don't even worry about telling a story well. That's tomorrow's job.
Just take that deep breath.
Tie on that blindfold.
And start playing.
Posted by Unknown at 11:05 AM No comments:

The Office Bathroom that Made Me a Writer

As the release date for my first novel approaches, more people in my every day life are asking me questions about being an author. By far, the most common is some variation on, "Why/How did you start writing a book?"

I've got lots of answers for this, because there are lots of reasons - but I haven't shared the most direct reason yet. It's almost kind of embarrassing. But here at Middle Grade Minded we come clean. So *deep breath* here's the story about the day that I first began to write the book that would eventually become The Peculiar Haunting of Thelma Bee.

I was just getting settled in to being married, settled at a pleasant new job, and settled into a really great place by a river that felt like home. Basically, everything was going shockingly well. My coworkers were exceedingly pleasant, caring people, and my boss did things like install a communal massage chair in the office and play meditation music while we worked. It was wonderful.

But I felt itchy. Happy, but itchy - like I was missing something.

You know that feeling where there's a song you can't get out of your head, and it fills you up with longing and nostalgia? It was like that only the longing and nostalgia was for some unknown place I couldn't put my finger on. I needed to make something. Unfortunately, I was totally out of practice in my writing. For years I'd only penned comedy sketches, lesson plans, or corporate copy. And also, I didn't know how to write a book. I mean...how do you just, "write a book?"

I thought maybe I should take some classes or something, but schedules and conflicts and commutes and blah blah blah - you get the idea.

Then I had to pee. This is a key element in the story.

My boss, the one with the meditation music, was also big on inspirational quotes. So much so that she furnished the office bathroom with its very own quote-a-day calendar. No knock on the effort, but this daily bit of zen usually provided more eye-roll fodder than inspiration for me.

But this day, the day that I first started writing a book, the calendar that sat next to a very nice vase of flowers and some Bath and Body Works hand cream read:

"A year from now you may wish you had started today." - Karen Lamb

I thought about that. I really thought about that. And it was true. I didn't know how to write a book, but I was going to learn, and I was going to start learning that day. On my lunch break I found some paper and started brainstorming. What were those swimming ideas that seemed so elusive to me? It had to do with a river, and it had to do with ghosts, and it even had to do with a cafe that served best-in-the-world hot chocolate. I just scribbled down everything I could capture.

That was Day 1. The day that I really became a writer was due in large part to a bathroom calendar.

So, I've come clean. That's my big origin story. But the sentiment on that calendar, cheesy though it may be, has stuck with me and did absolutely change the course of my life. What do you want to do?

Just start. Start today. Future you will be glad that you did.
Posted by Erin Petti at 5:28 AM 8 comments:

Nothing excites me more than starting a new story.

The thrill of the blank screen. The heady sensation of creating something from nothing. The power of unlimited possibilities...

Yup, nothing excites me more.

I go through these emotions every time I begin something new.

And I still love it.

Sometimes, an idea strikes and I can pump out a ton of solid words.

Sometimes, there are days when I’m lucky if I can get ten words on a page (ten good words, that is).

And sometimes...I can go for days or even weeks without writing anything new on that story. (I know. The horror, right?)

But if it’s one thing I’ve learned (or have to drill into my head every single day), is that inspiration comes on its own good time...AND only when it’s good and ready (which, now, makes me want a Good & Plenty, but not the licorice ones, you know the fruity ones with the...).

Sometimes, I just have to give myself permission to let my mind run away and hope it comes back in one piece know that—if the inspiration on that amazing story idea is real—it will return with a writing urge similar to being the ninth person on line in a public restroom after a three-hour bus trip.

And if that urge turns out to be a false alarm, well then it can just play nice with all the other unfinished Word docs just waiting to come out of my files (and head) one day.

But let me tell you, when that inspiration does come...there’s NOTHING ELSE LIKE IT!

And you guys know what I'm talkin' about.

So, I dust off those doubts (apologize for cutting the person in line for the stall) and put myself back on the right chant:

The thrill of the blank screen.

The heady sensation of creating something from nothing.

The power of unlimited possibilities...

We all have slow creative days and a backpack full of double dog doubts from time to time. The trick is to NOT let them hit your vulnerable targets and dunk your enthusiasm. The trick is to write at your own pace, keep your eyes on your own progress, and embrace every bit of support that this community has to offer.

It can kinda of feel like this, if you let it.

...Some days you might be the brusher and others, the brushee. Either way, I double dog dare you to let those doubts get you after that cat's face!

So, no matter what stage of the writing process you're in, just remember that you are not alone! There's a Me Too out there for every single step (and misstep) of a writer's journey. 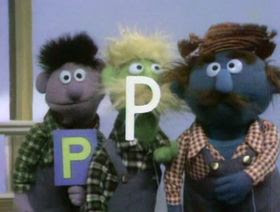 ...This post has been brought to you by the letter P (for patience, persistence, passion, potty, pee, and positivity from a writer who’s hanging in just like you guys!). See? Told ya you weren't alone. (-:

Posted by Melyssa Mercado at 5:57 AM 9 comments: