What's on YOUR dresser: Discovering and Revealing Character Secrets 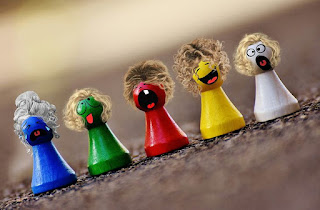 Characters have secrets. Writers know it. Readers know it. And both are on a mission to uncover the dark (or glorious!) truths of our favorite characters. Readers find out by, well, reading. For writers, the process can be a bit more complicated. 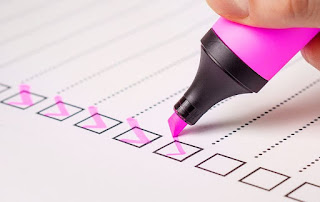 Trait lists can be a useful way to start fleshing out your characters. Here's a great list from Writer's Digest. Once you've filled out a character fact sheet like this one, you know a lot more about your character, their personality, relationships, and motivations.

But sometimes we get stumped. Either our plots tangles up or we just can't quite fathom why a character won't do what we had carefully planned on them doing. This is a great time to dig a little deeper. 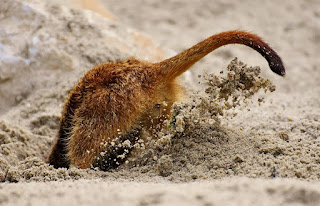 Here's a fun tool to help you with your digging. I like to call it "What's on YOUR Dresser?" 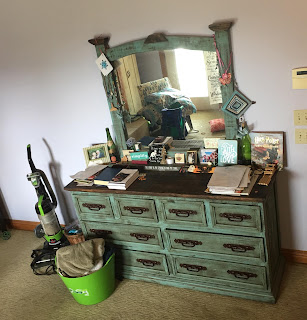 I know, what's a messy dresser got to do with your character? Well, let me show you. By the end of this exercise, you'll know tons more about your character and will have a new handy tool to use in future brainstorming! This can also be adapted to cultures and situations that have no dressers, of course. Here's how it works.

Several items refer to faith or God (a journal and a plaque), so this character probably espouses some sort of religious beliefs. They are also clearly a fan of Harry Potter, so she probably doesn't attend a church that opposes magic in children's stories.

There's several photos, probably family. Also a wedding pic. Is that recent? Or is it a continued celebration of a happy marriage? Or has the other spouse died? Good questions. You can see how the objects on the dresser can encourage you to dig deeper into your character and their life.

What does the folded laundry and the vacuum by the dresser tell you? Does the character live in a small space or can she just not be bothered with putting things away. (If you guessed the latter, you'd be correct! But you probably already figured that out by all the clutter on the dresser.)

Speaking of the clutter, what types of objects are they? Here's some closeups. 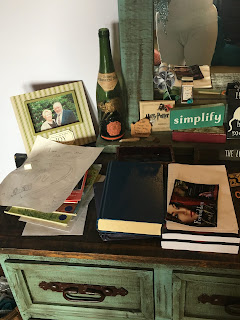 We already mentioned the photos. There's also love notes from two children, a card, children's books, and lots of crafts. This character is probably sentimental and creative. But there's also a pile of papers, which indicates a bit of disorganization. 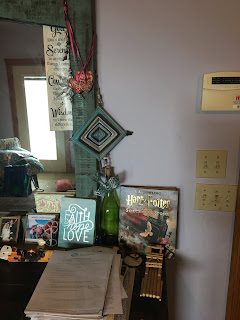 You may also have noticed the two wine bottles along with the Alcoholics Anonymous Big Book (the blue one) as well as the Serenity Prayer tucked in the side of the mirror (also a part of AA). Hmmm...what could that tell us? Maybe this character loves wine or struggles with alcoholism. Or is family to an alcoholic.

This is a great example of misleading clues. There are good reasons why these objects are on my dresser. But I've never drank. And I'm not family to any alcoholics. Despite this fact, both those wine bottles, the book, and the prayer have deep meaning for me.

Situations like this are excellent examples of how objects in your character's life can completely mislead readers. Until you reveal the full truth, of course. In this case, one wine bottle I received when my grandfather died. He'd bottled his own cranberry wine when he was younger. The other was from the champagne toast my parents made when they learned Mom was pregnant with me. Yep, sentimental. The AA literature? Well, let's just say there's a ton of uses for 12 step programs and I highly recommend them.

Every object in your character's life has a history of its own. The objects you choose to include should illuminate your character or advance your story.

We could dig deeper into the clutter on my dresser - a bunch of eclipse glasses, porcelain hearts, a tiny ghost, a miniature handcrafted barge. I know what all these mean and why they are there. The same with the beads and whale tail hanging on the mirror.

But you get the point. Use this exercise and you will find untold treasures in your character's past and present. And you just might figure out why they won't do what you want! New plot avenues and potential red herrings will present themselves to your imagination, enriching your storytelling.

And don't forget, you can easily adapt this exercise to characters without dressers. What's in their backpack? Or under their bed? Or in their three-dimensional purse? Whatever you find, enjoy the process!