For today's post, the good people of Middle Grade Minded are reflecting back on (1) what they learned about themselves as writers in 2015, and (2) thinking over their writing goals for 2016: 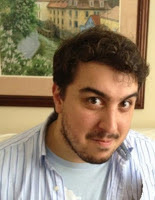 I learned that I don't need to keep myself restricted to one genre but instead open my eyes to new ones.
To complete two genres that I've never tackled before and hopefully then make them into something epic.

It's okay to put writing aside when life gets in the way. Sometimes life really is more important. You will lose momentum, it sucks, but it wont be gone forever. It's okay to ask for help. Never think you are a bother. There's so much about publishing that is out of your control, but keep at the things that are within your control. Write more, query more, keep persevering. Your time will come.
Read more, without reading there can be no writing. Write more, without writing there ca be no forward momentum. Finish this WIP. Work on things I've put aside because I'm afraid of them and don't think I'm qualified to write them. Give myself permission to fail (especially on those things I'm afraid of). Fix what I can, do better next time.

That, sometimes, the inspiration isn't there. That, sometimes, you just keep slamming your head into the concrete without getting anywhere. And that is where the real work comes in, and the real determination. And that when you finally do break through and once again find the words with spark in them, they are even sweeter (and you are even stronger).
My goal is a simple one on the surface but tough in practice, and it is one I have failed at before: I will write, at least a little bit, every single day. And, less tangibly, I want to work at becoming a more thoughtful, intelligent writer: less of following whim and just riding a story to its finish, more of employing craft and making smart, artistic choices. 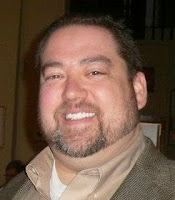 That it's easy to say you understand perseverance, but a whole different thing to ACTUALLY demonstrate it.
My goal for 2016 is to a) stay focused on the one thing I can control:my writing and b) do a better job of representing kid lit as a whole.

Life as a published author is pretty much exactly the same as life as a "pre-published" one. Just with a few different worries and added guilts. Also, like Jamie, it's ok to take breaks. When life gets crazy take some time for yourself to recoup.
Definitely read more. I've been slacking in this area. And I'll be agent hunting again soon so that's a goal, though  I know better than to make it a "resolution" because it's not actually something I can control.

I learned how important it is to listen to others. This especially applied to me last year when I was researching info on a topic that I didn't have much experience with. Putting off diving into words so I could contact some incredibly gracious people who were willing to share how they had experienced exactly what my MC had gone through allowed me to bring so much more honesty to the story. And I can't thank those people enough.
To listen, to write, and to read with all of my heart. And to finally spell Massachusetts right on the first try. 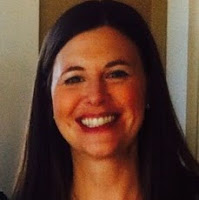 I learned patience. And the importance of leaving the internet and focusing on my own work instead of feeling envious of other writers farther along the journey.
Goals for 2016:  Write more, Tweet less. :) 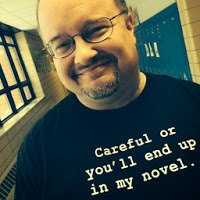 I learned how important it is to let go of the things you can't control, and how much more productive it is to focus on the things you can. It's good to have passion and anticipation and excitement about your writing, but you also need to let the rest of the world run its course around you and keep your own life moving forward at the same time. Also that Fallout 4 is entirely counterproductive to all things writing.

My goal for 2016 is to narrow down my idea list to one, build that one idea into a new project and see it through to its conclusion by the end of the year.
Posted by Tom Mulroy at 5:48 AM

I love that several of you mention letting go of things you can't control. I'm totally with you on that!