This month MG Minded is talking about WIPs. Here are the questions:

1.) What's your current WIP about?

2.) How do you decide when an idea has enough legs to turn it into a manuscript?

3.) A relationship with your WIP can be complicated. What kinds of feelings do you have as you work through writing your first draft. Give us the good, the bad, and the ugly.

4.) Anything else you want to share about your current WIP?

And now to the bloggers for answers! Feel free to add your own answers in the comments section. 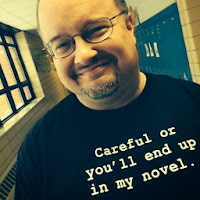 1) I'm currently revising what I fully expect will be a very intense ghost story.

2) New ideas usually take a good amount of time to develop before I feel ready to take them on. I'll keep track of notes and ideas related to it, and when it gets enough momentum for me to have a solid overview of what the story will be like, I'll start working on it.

3) I love those moments when I reach the flow state, and everything comes so quick and effortless I feel like I can't do anything wrong. I'm not as fond of the times when I'm plodding through a problem and for the life of me can't find a way to make it work.

4) My WIP began as a short story close to twenty years ago and has gradually evolved in on and off spurts ever since. I'd call it a good example of why the ideas a writer feels strongly about should never be completely abandoned.

1) My current WIP is a YA about a guy who catfishes his entire school with a blog he's forced to create for his political sciences class.
2) If I can come up with one line for each plotpoint outline (10%, 25%, 50%, and 75%) then I start writing.
3) I expect my outline to change. A lot. I'm a plantser, so I never get married to an idea while I write. I always have a roller coaster of emotions, from I LOVE THIS to WHY AM I EVEN BOTHERING. By now I'm used to it. :)

1) My current WIP is a MG about a dragon changeling who doesn't want anything to do with her dragon side.2) Usually when the idea can't leave my head and I have enough of an outline to keep moving forward. I almost never know exactly how a book will end when I start it, but if I know what comes next and after that and even a little beyond, that's usually a sign I have enough to help me write and learn about the characters and this story. As I progress through more of the later parts of the story become more clear until I finally know how things will end.3) When I first get an idea there's usually a feeling of excitement, especially for those ideas that I'm able to turn into manuscripts. But as I write and get beyond the initial excitement the fear sets in. What if this isn't good enough? Why does this WIP suck so much? But as I plow through and get toward the end, I start to get excited again about finishing another story. And even more excited about getting to rip it apart during edits and make it that much better.4) Current WIP stage, why does this suck so much. **KEEPS PLOWING THROUGH**

1) my current WIP is a contemporary romance set it Haiti. I am loving getting deep into that setting because it's one that's close to my heart!
2) I always do 3 things before commit to writing the full thing. 1. Plot, even if it's just mentally. I need to have an idea of where I'm going and if it has enough meat to be a full novel (I write short) 2. Write a query for it. Even if I never use the query it's really important for me to have a full grasp of the tone and purpose of the story first 3. Write the first chapter. This helps get an idea of the voice and characters and I always learn something new. Once I do those three things and the idea still excites me I'm ready to go.

3) I'm always super excited about it at first (otherwise I wouldn't be writing it). Then I start getting into the lag bits. Not always because the story is not exciting but because writing consistently is tedious. I quite often forget my passion for the story and consider giving up. I don't usually get the "omg this sucks" mentality, just a "is this really worth it?" "I want to write that other shiney book idea..." I have to push myself through to finishing a draft and at the end I have a mix of "What the heck is this thing? How in the world will I fix it?" And "YAY I FINISHED."
4) I'm writing a book on contract so my motivation is higher but so is my anxiety. "What if they don't like it?" And worse: "What if I don't end up liking it but have to let them publish it anyway?" 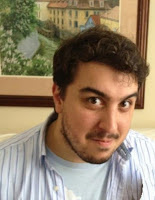 1) Current WIP is about a kid accompanying his father on a hunt for a missing Easter Island tribe, only to become trapped on the island they've vanished to.
2) Only way I'm able to determine if my idea is able to transform into a novel is if I can think of a legitimate, beginning, middle, and ending. Then I'll try to write up a quick synopsis to see if I can add enough filler, development, and plot twists to justify at least 50k words lol.
3) It usually starts off like "HOLY SHNIKEY this is the best thing I've ever written" - it's like what Ian Malcom said in Jurassic Park..Oooh, ahhh, that's how it starts. Then there's the running..and screaming. Yup, that's how it is. By the time I'm finished with my first draft, I love it..then i go back into it..and I hate it...then it's hours upon hours of endless editing that makes my head explode. If I'm lucky, I'll still love it after all that.
4) It'll be on submission in another month, and I'm pooping bricks

1) My current WIP is, terrifyingly, a series. A fantasy series. I've never written a series before, and I've never written a fantasy before, so I'm doing WAY more pre-writing prep than I've ever done (I'm generally a total pantser). It's been kind of scary, but a lot of fun and great brain exercise. I can't wait to see how it turns out.

2) I wish I had an answer to that! Stories usually sit in my head for a LONG time...my first book bumped around up there for a couple of years before I wrote it, and this new series has been on my mind for a couple of years as well. Other times, though, I've started a manuscript a week after the idea occurred to me. I guess when it's ready, it's ready!

3) Like most writers, my reaction to my own writing is fairly schizophrenic. I love it, then I despise it, then I'm totally numb to it...sometimes all within five minutes! Generally, though, during the drafting phase I'm riding a wave of euphoria interrupted by occasional sinkholes of crippling insecurity. During revision that dynamic reverses: I mostly feel like it just might be irredeemable garbage, with scattered moments of thinking I may have gold in my hands if I polish it enough. So, yeah, I'm just generally a wreck.

4) Right now, my predominant feeling toward my WIP is gratitude. I've been feeling a lot of stress in other areas of my life lately, and I've been loving the escape of slipping away and diving into my WIP. It's been a wonderful little refuge, and I'm happy I have it. 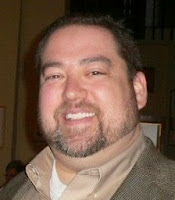 1) I'm at an odd time for me. I have no current WIP (at least, not one in drafting stage). Instead, I'm working on revisions to two separate projects at the moment. One is about a unusual girl solving the mystery of a jewel heist with the help of her best friend, the town Sheriff's son. The other is about <redacted>.2) I never really know until I finish it and let someone else read it. When they (hopefully) tell me it's not crap, I start to believe.3) I go through the usual writer phases when drafting: THIS IS AWESOME. THIS IS CRAP. THIS IS AWESOME! Then, after I'm finished with the draft and some revisions, there's also some "Well, I like this...I hope someone else does too".4) OMGOSH I'm SOOOO excited about it! It's <redacted>!

Posted by Middle Grade Minded at 5:00 AM