A couple of weeks ago I had the pleasure of hearing Chuck Sambuchino speak at the Missouri Writer's Guild conference. He made the point that 'less is more'. Now this is a concept that is a bit foreign to me. As an engineer I tend to be short winded. A get right to the point kind of girl. This however, can often be to my detriment. People have trouble picturing what I'm talking about in so few words. So how is ‘less is more’ a good thing?


In engineering we also talk about how do you do more with less. How you can make the most of limited resources? But less is more? What did that mean? But as Chuck continued to speak, I realized doing more with less and less is more are really the same thing if done correctly.

Picture this. You're sitting at dinner with your significant other. They start to tell you about their day. Ever so slightly their eyes flick out the window then focus back on you. They continue talking about their bad day. Missed a meeting, got in trouble with the boss, and then their eyes glance out the window again. The conversation continues, and the longer it goes on, the more frequent the glances out the window become. You start to lose track of what they are saying.

Eventually you glance out the window yourself to see what's going on. Nothing appears out of the ordinary. Your significant other keeps talking, but also keeps looking out the window. By this point they could be saying they were abducted by aliens, got diagnosed with a terminal disease, are about to sprout a second head, or are a rogue spy being chased by Godzilla and none of it would matter because you are wondering what the heck is going to happen outside that window.

Now picture the same scene. You’re at dinner with your significant other and they are talking about their day. They glance out the window then say "Sorry I thought I saw my ex-girlfriend." 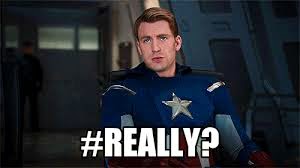 Which scene is more dramatic? Which scene left you with more questions? Which scene left you with more tension? I'm going to take a wild guess and say the first one. And while the explanation is a lot longer, the less part of that "less is more" is that I didn't tell you what was outside that window. And it made you crazy, because you didn't know. You wanted to know. You were curious what it was. And the longer it went on, the more you started to worry that it was something really big. The tension grew. You wanted to know what was going to happen. This is exactly what you want to do when you write.

Sometimes leaving out a key piece of information can help increase suspicion and tension. Instead of being so direct, be a little vague and let the reader's mind wander.

So the next time you write a scene, think about what information you can withhold from your characters without causing the reader confusion. Pique the reader’s interest with less is more. You'll reel the reader in. And of course, you'll leave them wondering what was going to appear outside that window. Cause I know you're still thinking about it.