The Oven Told Me I Should Write Middle Grade Fiction 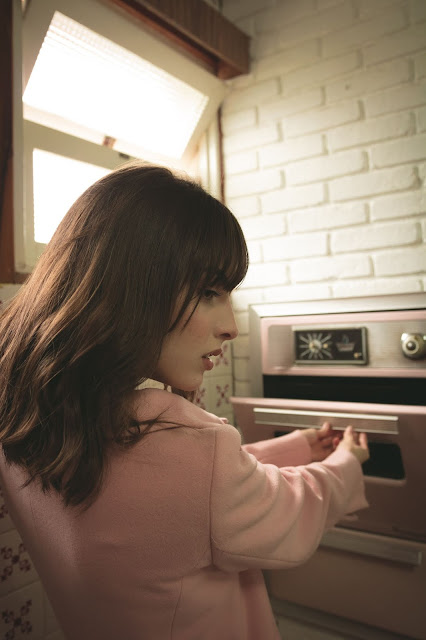 Though I started writing at a young age, it wasn’t until after I was married and found my fourth child eating one of my many scribblings that I thought, “Hey – maybe I should submit some of this work!”

I started with non-fiction freelancing, because those pieces were faster and easier for me to pound out, allowing me to gain experience and publishing credits while I was slogging away at my fiction ideas. As a teacher, I consider myself to be a patient person multiplied by 1,000. As a writer? Not so much.

At the same time, I was also reading a lot of short stories because they fit in better with my mom-of-young-children attention span and exhaustion level. I had been buying The Best American Short Stories since college and eagerly awaited the new editions each year. The stories were (and still are) surprising, heady and intelligent, and though they could be funny, they were mostly what I thought of as “serious writing.” And I wanted to be a “serious writer.”

So, in between my freelance gigs, I started writing a short story called, “The Oven’s Reflection,” which was about a young woman named Margaret who had been fired from her high-power executive position amidst a backdrop of scandal. As a result, Margaret suffers a sort of breakdown and becomes convinced that her brand-new oven -- the Gustaver 5000 -- is speaking to her. (I know. Don't judge!)

There was a lot of intended DRAMA and SYMBOLISM and THEME packed into this story, as well as “unique” one-liners coming from a sarcastic cooking appliance who was decidedly not a feminist. At the end of the story, Gustaver calls Margaret an “Imposter!” to which Margaret’s response is to finally cook a meal in the oven, silencing Gustaver forever. (You're still judging!)

Since this was my very first fiction submission, I naturally sent it out to five of the tougher markets of the day – which were also the ones most frequently cited in my beloved short story anthology.

The bad news was that all five publications rejected my story. The good news was that they all included hand-written personal responses. (This was right before the dawn of email submissions. Yes, I’m *that* old.). All the notes said something kind about my writing and/or the story premise (Fools!), but the final reply which changed everything was:

This was well-written. Interesting/quirky story. I’m not sure the voice is right, though. Submit again. Cheers!

I must have read that note fifty times, dissecting each short phrase to determine the level of positivity or negativity attached to the words. I was also fixated on the comment about “voice” – individual writing style – and believed the editor was correct. The voice wasn’t right, because it wasn’t mine. Instead, it was the voice of a writer who was trying to write in a certain way. It was a voice that was pretending to be something it wasn’t. 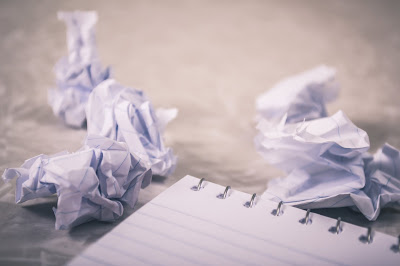 So, I thought about the types of stories, language, dialogue and humor I was conjuring in my head vs. what actually ended up on the page.

And, as a huge reader, I thought about all of the books to which I consistently found myself returning. Sure, there were “grown-up” books I loved, but the ones I read again and again were all middle grade.

That’s not to say that middle grade literature is less intelligent, important, entertaining or deep than what’s written with an older audience in mind. MG literature is all of those things and more. But it does have a distinctly different voice -- a voice that welcomes in readers who span an age range of great change, new experiences and feelings of being in-between. Middle grade works were what excited me as a teacher, a reader and a writer.

So, I sat back down and then followed the observant editor’s advice to, “Submit again.” But not to their publication.

Instead, I submitted a story to a middle grade magazine -- a story that had been dancing around in my head for a while called, “The Misadventures of Average Girl,” about 11-year-old Sophie who likes to write comic books, has a female cat named Mr. Fur, and who always feels she is left behind. When American Girl called to let me know they wanted to publish it, one of the first things the editor said was, “We loved your voice!” I knew then I had found my niche.

All because of an encounter with a sarcastic kitchen appliance.


Writers - how did you find your middle grade voice? Readers - which MG authors or books call to you time and again?

I'm excited to be one of the new voices of Middle Grade Minded! Thank you for reading and for sharing your thoughts in the comments.
Posted by Amanda Hoving at 3:00 AM

Love this! Love learning how you found what you wanted to write -- but, also, want to read the oven story!! Great post, Amanda!

Thank you, Julia! But, I'm not sure if I'm willing to let that story see the light again...the time may have passed for talking appliances :).

Thank you, Shari! Yes, I also love hearing from other writers...everyone has a unique path and story to tell.

Great post, Amanda. Always like reading stories about how authors got their start, and if there's humor in that story, even better. Look forward to reading more of your posts at MGM.

Thank you, Jim! And thanks for popping over here. Yes, humor makes everything better!