I’ve been on this “trying to be published” trail for a while now. I started writing seriously in 2009, went to my first conference in 2011 and since The Writer’s Voice in 2012, I’ve been closely following many writer’s journeys, all the while hoping I wasn’t too far behind the ones that “made it.”

I’ve seen writers go from stuck in the query trenches, to agented, to amazing book deal in a matter of weeks.

I’ve also seen authors sign with an agent, followed by months of silence. Sometimes those authors keep fighting alongside their agents for years, some end up with book deals out of it. Some don’t.

And of course, there are writers like me that come out with a book deal without an agent.

If there is one thing I’ve learned during this whole process, it’s that some paths are harder, some take longer, some make you feel more affirmed, but how you find your way doesn’t matter. It never has.
Are some writer’s careers better than others? Sure. But that doesn’t mean the “others” don’t have amazing careers, or didn’t get what they were hoping for all along. And it definitely doesn’t mean they chose the wrong path.

Not all successful writers start out with the traditional agent and big book deal. Some start out by self-publishing. Some by small press. Some sell three books before they find one that hits the market with a splash.

I’ve been agent hunting for years now, with three different novels. I still don’t have an agent. I know that my path isn’t overly traditional, but that’s okay. I’m still fighting for that agent, but I’m sincerely happy with the publisher I found on my own. I know that if I never sign with an agent, I can still have an incredible career. 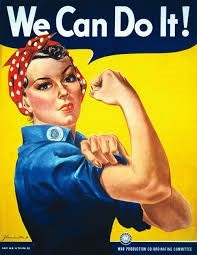 If you’ve been struggling in those trenches for what feels like forever, keep your head up. The ones who have the strength to keep fighting will make it out one way or another.

It’s okay if you never find an agent.

It’s okay if you do but your book doesn’t sell.

It’s okay if you spend years and years trudging through while others find their way before you. You WILL get there.

It’s okay no matter what happens because there are no dead ends. There is always a new path to choose. Be brave enough to take it.

Love this--thank you so much for sharing it! Encouraging words for encouraging times...just so long as we don't let ourselves get discouraged. :)

We hear it a lot but it can never be said enough. Believe in yourself and you'll find a way, even if its not how you expect.
Thanks for reading :)