Watch Out For That Tree!

Drafting a novel can be magical. Beautiful. Like a new relationship, your head is in the clouds with the amazingness that is your story.

You’re going along all innocent and happy with your new shiny WIP, excited about the project that you’re sure all the agents and editors and readers are going to love… but after a few weeks the words start coming out slower and slower. Excitement is waning. You don’t know what scene to write next. Maybe you don’t even feel like writing at all. 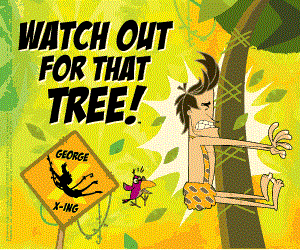 This is something I like to call the mid novel lull. The reasons vary, but somehow there always seems to be a spot right in the middle of the drafting process where everything comes to a crashing halt.

First of all, remember: This is normal! You are absolutely not alone in this. Are there some people who don’t even blink an eye while drafting? Yes. There are also people who win lotteries and can eat a whole chocolate cake every week without gaining a pound. Don’t worry about them, this is you. I go through this every sing time and I've learned something-- this is something we can overcome.

Here are some suggestions on how to get back on that vine and swing away:


1. Remember what you loved your story in the first place

This is best for when inspiration or motivation is lacking but can also work if you’re stuck plotting wise because getting back to the root of what you loved about this story in the first place, can give you a whole new perspective for the middle of the novel.

A pitch or a query
One of the things I love to do when planning a novel is to write a pitch or a query. Low pressure, doesn’t have to be perfect or really even pretty because no one but me will see it. One, it helps me see the novel in a new light, helps bring any pesky plotting problems to the surface, and two… for when I get stuck.

Just one quick read through an old pitch or query makes me want to start writing again.

A query is written to make someone want to read your novel. Those early queries do something similar, they make me want to *write* it.

Reread your notes
Most people at least write down a tid-bit or two in a journal before writing a novel. Even if you don’t outline, those seemingly random notes about the story in general can help spark that inspiration you’re missing. Maybe it was the first thing you wrote down after you had a dream about this story. Or the spark that took a small idea and turned it into a glorious one. Sometimes you write down a line or two for later (we writers think in narrative sometimes, no?) Most likely there is something there to remind you why you decided to write this story in the first place.

Music- Was there a song that inspired you? It doesn’t even have to be for the whole MS, maybe it was just one scene. Maybe it was a song that just reminded you of your character. Go back and listen to it, maybe even put it on repeat as you write (or put the song into Pandora and listen to similar music)

Reread what you’ve already written. And I don’t mean that last scene. Most likely, if you’re stuck or bored, that last scene won’t help. It might even be the problem. Go back to a particularly fun scene, or the first scene when you were teeming with excitement. Don’t worry about how good the writing is, or how many typos there are—that’s not the point here—the point is reliving the passion. The inspiration. Read it for the emotions and the excitement, and that alone.

Some people won’t like this one and that’s okay. I don’t always like this one. But it does help keep your mind on track and not get too lost in the muck (some people like the muck, there are hidden jewels in there I’m sure, but a lot of people also drown there so tread carefully).

As writers (and therefor inherently insane folks,) our minds get overwhelmed on occasion. “I don’t know what to do next!” you say to no one in particular. Chill and take a moment to sit down and plan what you are going to do next. Now you can look at the empty paper in front of you, that blasted blinking cursor and have a clear mind, a clear idea of what you want out of this story.

3. Write even when you don't want to

This pesky little problem is actually one of the reasons I love novel writing marathons like nanowrimo and campnano, it pushes you not to indulge in the idea of putting the novel away until a later date. Most likely, you’ll push past the barrier at some point, but it might not happen for months if you let yourself take the easy route. Don’t stop. Keep fighting.

I can’t even count the amount of times that word sprints have saved a deadline for me. When I get stuck I try the steps above but sometimes the words still come out SLOW. There is something amazing about sitting down and forcing your fingers to type whatever is going to come next. So long as I’ve done the steps above, I feel good about my story again and have at least some idea of what’s going to happen next, word sprints have never failed me. Even when there was no one on the other end to sprint with me. I set a time, 20 minutes, 30 minutes, an hour, doesn't matter. I just write. Write, write, write. At the end of that sprint, it’s like the whole world has opened up for me and things feel so much clearer.

At this point, I am completely over my writing slump. I may hit another bump (or tree) but for right now I’m a happy, happy camper. 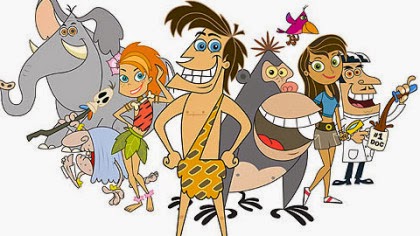 Writing is hard. Novel writing is insane. There are always going to be those moments when nothing makes sense and everything feels like its falling apart, like you’ll never make it and this whole thing is a waste of time. Never, ever, indulge in those doubts because the moment when you type “The End” on a new novel is an incredible feeling (and it doesn’t matter if this is your first or 50th novel.) It is totally worth the tears and missing patches of hair. Even if you’re pretty sure what you wrote is crap—who cares! It’s yours. Once it’s on paper you can fix whatever you need to. You can’t fix what doesn’t exist. So cross that finish line and worry about what that next step AFTER you’ve celebrated profusely.

How do you get over those writing slumps? If there something in particular you do when you start feeling down about your WIP?