Clean up your act!


In seventh grade the word “sucks” was a bad word. My mother hated it and my teachers did too. In fact my social studies teacher used to say he preferred the phrase "it inhales with great velocity". We all giggled, but it avoided a bad word which none of us kids in fact found bad. The problem is, the adults didn't like it. And when you’re talking about Middle Grade books, the adults are primarily doing the buying, (teachers, librarians, and parents) so you have to make them happy as well as the kids who read them. Which brings up a good point: what language is too far in Middle Grade?


Honestly it's a tough call. A lot of the soft curse words like hell and damn are too much for Middle Grade. But you have to be true to the scope of the story. If it's something your character would say, use it. That said, don't abuse it.

So how do you get around the fact that bad language can be a big issue in Middle Grade lit? Well, one thing you can do it tone it down. Damn can become dang, and hell can become heck. Then there's words like sucks and freaking that can walk a fine line.
So what's a writer to do if they are worried about language? A single word change can sometimes kill your voice, which can be tricky. That's where the fun of story writing comes into play. If you can't change the language, use it to your advantage. Make up your own swear words or expressions. This is a great chance to not only stay within your age group, but also bring in some additional characterization, voice, and humor. If done right, a made up swear word can boost your story to the next level, help build your world, and enhance your voice. 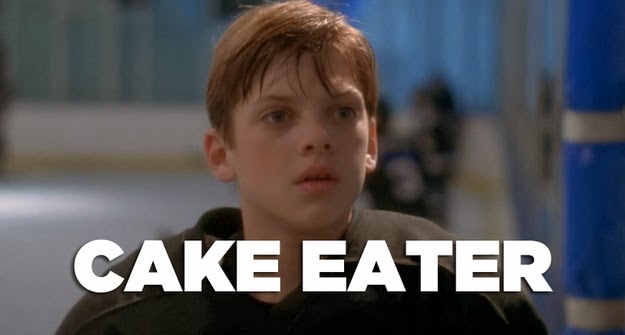 Take The Mighty Ducks for example. The kids get feisty, but rather than using really awful names and swears, they make up their own terms like cake eater.
Another great example is the use of Merlin in Harry Potter. Merlin’s beard is often used in places where swear words could be instead. Phrases like Merlin’s beard work well within the context of the wizard world and add to the setting and voice.
So think about what makes you world unique and use nouns and/or verbs in combination to create your own expressions. Even people’s names, especially last names, can be used in the place of bad language!
Have a book in space?
Try words like comets, asteroids, and stars with other nouns and verbs.
1.) ZOOMING ASTEROIDS!
2.) EXPLODING STARS!
3.) Halley’s comet!
Have an adventure in a cave?
Try words like bats, mud, dark, and spelunking
1.) OH BATS!
2.) For all things dark spelunking
3.) Sneaky mud slingers
4.) What a pile of bat turds!
Honestly some of those probably don’t even make sense, but in the right context they could add to your story or bring humor into a scene. Point being, have fun with it and see what works in your story. Cause seriously, who wouldn't laugh if someone said something like flying cow farts or for the love of pig intestines! So give it a shot. You might find you like it!

What are some of your favorite made up curse words and phrases?

Posted by Jamie Krakover at 4:00 AM

Agree Jamie, great post. I also know that Michelle Witte, author and agent has written a book about so called psudo-swearing. Here's the link. http://www.amazon.com/Craptastic-Guide-Pseudo-Swearing-Michelle-Witte/dp/0762444169

As one who never uses cuss words in real life (Yup, I'm one of those people) this is not so much a personal dilemma, but an observation on the topic.
I think the dichotomy of writing for pre-teens but having to sell it first to adults who are (often) also educators or educators-at-heart is what causes this problem. I'm not entirely sure words like HELL and DAMN should be the problem some think they are.
But the opportunity to invent and circumvent are rather intriguing. Much more writerly fun, I think. And if this is what we have to do, than by golly-gosh we better just darn do it. ;)

and have fun while doing it ;)

I love making up fake swears. Sometimes I have a little too much fun with it. :-) It also depends on the character. Some would never swear, some would make swears up, and some would say words like "sucks" because it's part of the character--in that case, it probably means the book is in the upper MG range.

yes I can definitely get swept away making up my own swears. It's a blast! :)

Well, you guys officially rock. This is something I've realized in my own writing, but you make a great point in using the book's world as unique inspiration for fake curse words. My character favors 'fish sticks' and I now feel the need to brainstorm some more options.

Great post! You just won me over as a new follower.

glad you enjoyed the post and it inspired you. :) Thanks for stopping by and commenting.