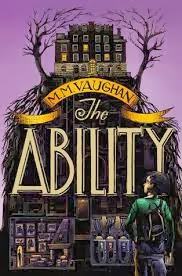 How can a kid's life get much worse? His father is dead, his mother is the epitome of depression, and he was just expelled from his old school. But getting accepted into a British school that focuses on a person's ability to control minds changes everything for young Christopher Lane. The only problem is, someone is using powers against students and faculty at the school. It's up to Chris and his group of five friends to find out who is abusing the telekinetic abilities and threatening to destroy the school.

It may seem like just another kid's brought to a school with special abilities, but it's definitely got enough twists and turns in it to make it a fast paced thrill ride. Chris is also an incredibly likable character who you're rooting for since page one. And I can tell you this much, this book has one of the best twists I've seen in awhile. 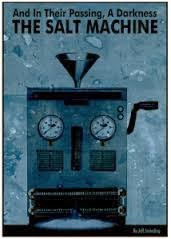 Title : And In Their Passing, A Darkness: The Salt Machine
Author : Jeff Smieding

My agency sibling gets the nod with his incredibly dark and creepy MG serial. The second part just came out, and it's just as good as the first (but I can't include it because it came out in 2014!!!). But if you want the full low down of all the epic-ness that THE SALT MACHINE has to offer, check out the review I did ---> http://middlegrademinded.blogspot.com/2013/12/mg-review-and-in-their-passing-darkness.html 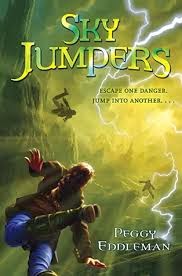 Post-apocalyptic world? Check. A cloud of toxic air that could kill with one breath? Check. The fate of humanity falling on the hopes of a 12-year old girl? Check. I thought I would be done with dystopian themed novels, but Sky Jumpers proved me wrong. The premise is original, and the tense feeling throughout the book is downright addicting. I breezed through this novel in matter of hours (not joking), and I have been craving more since I closed the book.

You've got bandits threatening the lives of a town, while stealing a serum that could cure a post-apocalyptic disease. Throw in an injured father, and the fact the town may not last through the year if aid doesn't arrive, and you've got yourself a recipe for disaster. But in comes, Hope and her ability to leap through the "bomb's breath" (I can't tell you how much I love that term). She may think her skills are useless, but that'll soon be proved otherwise.

Utter epic awesomesauce, that's all I can say. 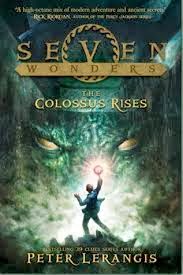 This MG novel also has a "school" of sorts where Jake and his friends must master abilities that have been passed on through the ages. Only through mastering their abilities can they overcome the challenges that wait them in each of the seven wonders.

It's Percy Jackson meets Harry Potter in the sunken city of Atlantis. So if you're a fan of those series, which I am sure you are, this one is a sure fire winner. My only qualm, is that I have to wait seven books to find out what happens. AGH!!! 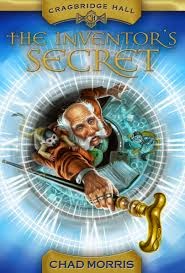 After writing Copernicus Nerdicus, my obsession with bizarre inventions grew exponentially. And this book fulfilled every need I had this year. It follows Abby and Derrick who recently become accepted into a prestigious school called Cragbridge Hall, where their inventor Grandfather has supplied incredible inventions. However, shortly after attending, their parents and grandfather go missing and it's up to them to find out where they have disappeared to. As it turns out, someone is attempting to use Oscar Cragbridge's inventions of historic time travel for malicious purposes.

This was easily one of my favorite MG books of the year, and it fulfilled every need I had for a MG adventure. It's a true puzzle solving mystery as we follow Abby and Derrick discovering clues left by their grandfather. Not to mention some of the crazy inventions they describe. If you're looking for a page turner, look no further.

Well, that's my list. Be sure to check some of these out if you're looking for some fast paced adventure, mystery, or a dark and creepy children's tale. You won't be disappointed.