Halloween is just around the corner. Okay, I know it's only Oct 1, but the countdown to spook night, candied apples, and carved pumpkins has officially begun. What better way to launch the Halloween season than to curl up with a frightful book? Here's a few to get you (and your middle grade readers) started!

The Girl in the Locked Room - a Ghost Story 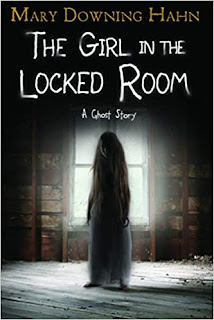 When Jules and her family move into an old, abandoned house, she discovers a locked room and sees a pale, ghostly face peering from its windows.

Jules embarks on a mysterious quest to open the locked door and change the fate of the family who lived in the house a century before.

"This gentle paranormal mystery is perfect for young readers."-Booklist

A World Full of Spooky Stories: Tales to Make Your Spine Tingle 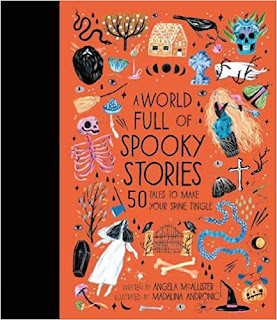 This spine-chilling anthology gathers spooky stories from all over the world. Read about the bewitching Queen of the Faeries, the terrifying Baba Yaga, Father Death, and more.

Amazon Review: "My 2 elementary age kids love this book. The stories are spooky and I think that's exactly what keeps their attention. It's also very nice to have a variety of new stories from different cultures that were lessen known. Some of the stories can be a bit scary, so I would not recommend it for 6 yrs old or younger."

The Mystery of Black Hollow Lane 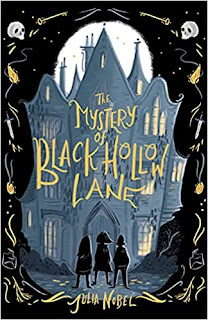 When twelve-year-old Emmy is shipped off to a prestigious British boarding school, she encounters a lot more than tea and crumpets. She discovers a box of mysterious medallions, strange symbols etched into walls, and a secret society: The Order of Black Hollow Lane.

And all of it seems linked to the disappearance of Emmy's long-lost Dad.

Amazon Review: "By cleverly intertwining history into the narrative, Julia Nobel has crafted a page-turning mystery in which a charming cast whose true-to-life interactions make them feel real investigates a secret society whose menace is made worse because it could rationally exist." 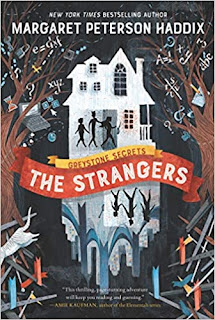 In this thrilling series opener, the three Greystone children learn of a kidnapping. The only thing is, the children kidnapped have their same first and middle names and birthdates, and other strange similarities.

When the Greystones try to investigate their world is turned upside down.

“Bestselling Haddix launches a new middle-grade series that blends adventure and sf elements into an engrossing mystery. The kidnapping alone could have made a compelling mystery, but Haddix throws in secret rooms, alternate realities, and a cliff-hanger ending to raise the stakes and delight fans new and old.” - Booklist 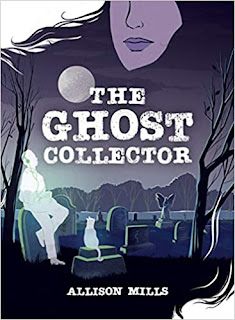 This tender story, steeped in Cree folklore, features Shelly, who has a special role with ghosts, like all the women in her family. She helps those who are stuck transition on to the next life.

But when her mother dies, she starts hoarding ghosts in her room instead. But no matter how many she hoards, she still hasn't found the one that matters most to her.

“Perfectly balances suspense and the supernatural . . . [A] powerful and moving story about coming to terms with the death of a loved one. It’s an auspicious debut that is sure to delight middle-grade readers.” - The Globe and Mail, 08/25/19

“Poignantly haunting.” - The Bulletin of the Center for Children’s Books, 09/19

These books will be a treat as we move into the cozy days and longer nights of fall!

Another good one: Ophie's Ghosts, by Justina Ireland.
A young Black girl fleeing violence in the South ends up in Pittsburg, where she can see the ghosts who want her to help them.