Don't Turn Out the Lights!

Like most kids of the eighties and nineties, I grew up reading the SCARY STORIES TO TELL IN THE DARK anthology by Alvin Schwartz with haunting illustrations by Stephen Gammell. Unlike other scary books for kids, that collection didn’t sugar-coat things. I remember being in fifth grade and getting super upset when I read a book (that shall remain unnamed :P) where the ‘monster’ turned out to be some big misunderstanding, basically a Scooby Doo ending. I wanted the monsters to be real, so that I could see kids overcoming true evil. So I could believe that I too could conquer my personal demons. I longed for that catharsis, and it required real monsters. 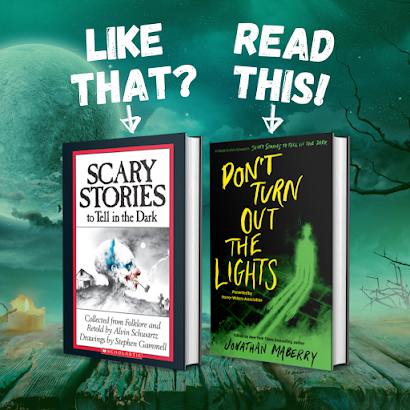 That's why I'm so thrilled to have a story in a brand new anthology, DON'T TURN OUT THE LIGHTS: A TRIBUTE TO ALVIN SCHWARTZ'S SCARY STORIES TO TELL IN THE DARK, presented by the Horror Writers Association. For me, this was all about coming full circle, returning to the series that inspired my creativity as a child. The anthology features 35 original tales by 35 of today's top authors, edited by Jonathan Maberry.
I had a chance to chat with just a few of the contributors to ask them about their contribution and the influence of the original SCARY STORIES series. Here's what they had to say: 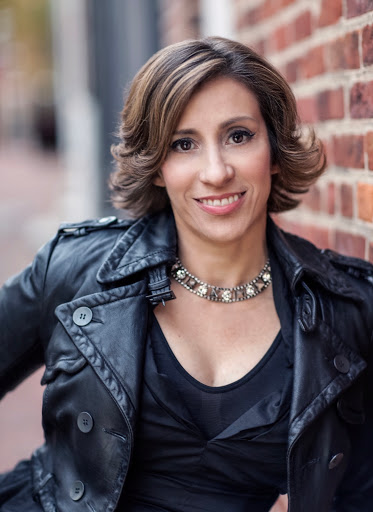 Kim: What inspired your contribution?

Kami Garcia: My story is about a bottle tree and a ghost. My mom’s family is from North Carolina and bottle trees are very common there. My mom has one in her yard. According to the superstition, if you put brightly colored bottles on the branches of a tree, ghosts will be attracted to the color and they will get caught in the bottles.

Kim: Oooh, can't wait to read it! This anthology is a tribute to SCARY STORIES TO TELL IN THE DARK. What memories to you have of that series from childhood?

Kim: Why you think kids are so drawn to these chilling tales? 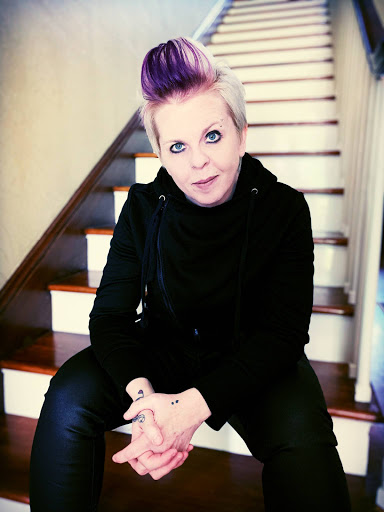 Kim: What inspired your contribution?

Z Brewer: When I was a kid, my dad used to warn me that it was bad luck to pass a graveyard without whistling. His mom, my grandmother, had told him that same thing his entire childhood. It was a “fact” that they both passed on in a very serious tone. I was twelve before I was brave enough to not whistle past the graveyard. Fortunately nothing happened to me because of it…yet. But that fear has always been at the back of my mind.

Kim: What memories do you have of the SCARY STORIES TO TELL IN THE DARK series from childhood?

I was obsessed with SCARY STORIES when they came out. The artwork was terrifying. The tales made my heart race. I loved every frightening moment. But my favorite memory is what transpired after I read “The Green Ribbon.” The story is about a girl who wears a green ribbon around her neck at all times. She meets a boy and falls in love, but the boy asks her over and over again throughout the years why she wears the ribbon around her neck. She eventually gets very sick and as she’s lying on her deathbed, she tells him to untie the ribbon and he will understand why she’d never told him why she wore it. He unties it…and her head falls off. It was gruesome. I loved it.

…which is why I took a bit of curling ribbon from a gift that had been opened and tied it around my neck (looking back on it, I can see how stupid and dangerous that was) so I could tell people that if I removed it, my head would fall off.

Did I mention I had no friends?

Kim: HAHAHA, yes! I think we are kindred spirits! Why do you think kids are so drawn to these chilling tales?

The stories were not at all reflective of children’s books at the time. They were dark. They were gritty. They had imagery that horrified even adults. There was so much about them that was forbidden fruit to so many people. Parents and teachers told kids not to read them, which made them even more tantalizing. Apart from the chill up my spine, I think my favorite thing about them is that SCARY STORIES inspired so many to rebel and pick up the books. I've always been of the mind that if someone tells you not to read something, you should absolutely read it to find out what they're keeping from you. Viva la Resistance!

Z Brewer is the NYT bestselling author of THE CHRONICLES OF VLADIMIR TOD series, as well as INTO THE REAL (coming 10/20), THE SLAYER CHRONICLES series, SOULBOUND, THE CEMETERY BOYS, THE BLOOD BETWEEN US, MADNESS, and more short stories than they can recall. Their pronouns are they/them. When not making readers cry because they killed off a character they loved, Z is an anti-bullying and mental health advocate. Plus, they have awesome hair. Find out more at http://zbrewerbooks.com/.

Want a sneak peek at the contents?

Here's the line-up for this totally terrifying anthology:

Editor’s Foreword by Jonathan Maberry
“The Funeral Portrait” by Laurent Linn
“The Carved Bear” by Brendan C Reichs
“Don’t You See That Cat?” by Gaby Triana
“The Golden Peacock” by Alethea Kontis
“The Knock-Knock Man” by Brenna Yovanoff
“Strange Music” by Joanna Parypinski
“Copy and Paste Kill” by Barry Lyga
“The House on the Hill” by Micol Ostow Harlan
“Jingle Jangle” by Kim Ventrella (Oooh, it's me!)
“The Weeping Woman” by Courtney Alameda
“The Neighbor” by Amy Lukavics
“Tag, You’re It” by N. R. Lambert
“The Painted Skin” by Jamie Ford
“Lost to the World” by John Dixon
“The Bargain” by Aric Cushing
“Lint Trap” by Jonathan Auxier
“The Cries of the Cat” by Josh Malerman
“The Open Window” by Christopher Golden
“The Skelly-Horse” by T. J. Wooldridge
“The Umbrella Man” by Gary A. Braunbeck
“The Green Grabber” by D.J. MacHale
“Brain Spiders” by Luis Alberto Urrea and Rosario Urrea
“Hachishakusama” by Catherine Jordan
“Light as a Feather, Stiff as a Board” by Margaret Stohl
“In Stitches” by Michael Northrop
“The Bottle Tree” by Kami Marin Garcia
“The Ghost in Sam’s Closet” by R.L. Stine
“Rap Tap” by Sherrilyn Kenyon
“The Garage” by Tananarive Due
“Don’t Go into the Pumpkin Patch at Night” by Sheri White
“Pretty Girls Make Graves” by Tonya Hurley
“Whistle Past the Graveyard” by Z Brewer
“Long Shadows” by James A. Moore
“Mud” by Linda D Addison
“The Tall Ones” by Madeleine Roux

To read the full interview, including my chat with editor Jonathan Maberry, head over to https://spookymiddlegrade.com/2020/08/30/dont-turn-out-the-lights/.

KIM VENTRELLA is the author of THE SECRET LIFE OF SAM (Fall 2020, HarperCollins), HELLO, FUTURE ME (Aug. 2020, Scholastic), BONE HOLLOW and SKELETON TREE. Her works explore difficult topics with big doses of humor, whimsy and hope. Kim has held a variety of interesting jobs, including children’s librarian, scare actor, Peace Corps volunteer, French instructor and overnight staff person at a women’s shelter, but her favorite job title is author. She lives in Oklahoma City with her dog and co-writer, Hera. Find out more at https://kimventrella.com/ or follow Kim on Twitter and Instagram.

Posted by Kim Ventrella at 6:53 PM