Stanley Will Probably Be Fine by Sally J. Pla - Interview and Book Giveaway!


Many of you will be familiar with author Sally J. Pla. 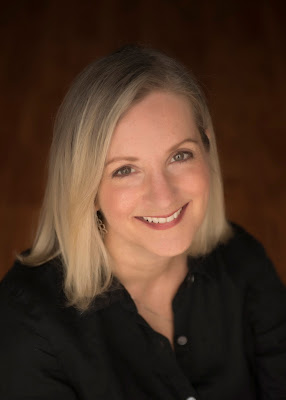 Her debut middle grade novel, The Someday Birds, was one of the most highly acclaimed MG novels of 2017.

Now she's back with her latest novel, STANLEY WILL PROBABLY BE FINE, and I'm quite sure kids and the adults in their lives are going to be equally enamoured with this story! 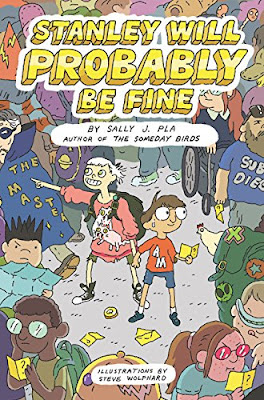 I recently caught up with Sally to talk to her about the book, but first, some background:


Nobody knows comics trivia like Stanley knows comics trivia.
It’s what he takes comfort in when the world around him gets to be too much. And after he faints during a safety assembly, Stanley takes his love of comics up a level by inventing his own imaginary superhero, named John Lockdown, to help him through.
Help is what he needs, because Stanley’s entered Trivia Quest—a giant comics-trivia treasure hunt—to prove he can tackle his worries, score VIP passes to Comic Fest, and win back his ex-best friend. Partnered with his fearless new neighbor Liberty, Stanley faces his most epic, overwhelming, challenging day ever.
What would John Lockdown do?
Stanley’s about to find out.

My Interview with Sally:


As a former anxious kid (and a sometime anxious adult!), I was wondering how much research you needed to do for this book? Stanley is so realistic!

I definitely had (and have) deep firsthand experience on poor Stanley's nervewracked quality of life! I've suffered varying degrees of social anxiety, generalized anxiety, and sensory processing issues since I was a kid. Sensory processing disorder is like living in a "too-intense-world." Everything's too bright, too loud, too tight, and generally overwhelming, so it's easy to get overload. I never fainted during a safety assembly, the way Stanley does, but my anxiety and sensory stuff definitely impacted my childhood in significant ways, and it certainly informs the character of Stanley.

Why comics? Where did the idea come from? Were you a comics kid yourself?

My brother and I argued all the time about whether Batman could take Superman, or whether Spiderman would take them both. I liked Spiderman best. Peter Parker's high school angst resonated with me in some weird way. I remember debating it through the thin wall between our bedrooms, late at night, until my grandmother would yell, "GET TO BED!"  So yeah, I guess we were comics kids in a way. Mainly we read Archies and MAD magazines our cousin or neighbor would slip to us, and of course we watched all the movies and shows on TV.

I think that, especially if you tend to be a fearful kid, the notion of a strong, benevolent champion who's there to save you - a superhero - is tremendously appealing. Especially when the adults in your life are not stepping up.

But the beginning seed of the idea for writing a book for kids about comics -- about comic trivia -- came from watching pretty much every Marvel movie with my own son, and having him educate me. It blew me away, how much he knew. It was a fun thing to share with him and I really got into it for a while. Then I did a lot of research to get up to speed. It was super fun. I still don't really know squat, though. I'm a mere acolyte, a debutante. Still learning.

YES! "John Lockdown" is the name of a special school-safety superhero comic that Stanley invents -- and John Lockdown has a real-life origin-story...

In our old elementary school, the principal would announce intruder drills by saying, over the PA, in a hushed and kind of intense voice: "John Lockdown is now in the building!" That was his  code phrase!

It kind of creeped me out. But I have to admit, my sons weren't too concerned - they'd actually play this James-Bond-style cop-and-robber game, where "John Lockdown" was the good guy.  I knew there was just too much potential in this name. I had to fictionalize this John Lockdown character.

My sons' game, and the name of John Lockdown itself, it's indicative to me of how we process fear. And that's fascinating to me. How do we take what's potentially terrifying, and turn it into something we can handle? How does that process work -- for kids, for all of us? What happens when it doesn't work? And which way is healthier, more realistic?

Stanley’s relationship with Joon is fraught throughout most of this book. Was it hard to find a way to make Joon a sympathetic character, too? Because he really is!

Yeah, "ex-best-friend" Joon's not a bad kid. Stanley is understandably hurt and angry, but I think he also realizes, on some level, that it's the way of the world for Joon to want more out of life, now they're getting older. Bantering about comic trivia in Stanley's room won't cut it anymore. Maybe not even for Stanley. Clearly, he mourns this. And knows something got to give -- even for himself.

Liberty is such a spark in this book and yet she’s dealing with her own problems. What I loved was how neither she, nor Stanley, want to be defined by their problems, even with everyone else around them wanting to define them. Was it a challenge to write supporting characters that sometime struggled themselves with the issues faced by Liberty and Stanley?

The adults in this story revolve around the main characters like moons. Stanley has worry-issues; Liberty has health issues. The adults hover, both over-involved and under-involved, too close and too distant, clueless and overbearing. In other words, typical, I think. None of the adults really see the kids for who they are (with a couple of exceptions), or fully understands what they're going through. And I think that's par for the course when you are twelve. The adults who once seemed to know everything, now know nothing. The whole world is a stranger. You're on your own.

Except for maybe John Lockdown. Ha.

My son, disgusted at a gaffe I made, once remarked, "Mom. Mixing up Marvel and DC is like confusing Buddha and Mohammed."

HEY! I'm not perfect! Also, like them both. However, I do have to express a preference for Marvel's movie adaptations (although I loved Gal Gadot in Wonder Woman). And now that Marvel's part of Disney, I think things are going to get even more interesting, there.

But films aside, in terms of the long history of their written comics, it's apples and oranges. Both houses are filled with wonderful, iconic, incredible characters.

Also, this would have been a great question for my brother and I to debate through the wall back when we were ten!

To learn more about Sally or to get links to where you can buy your own copy - the book is in bookstores NOW, visit https://sallyjpla.com


Win Your Own Copy!

Sally has kindly given us an Advanced Reader Copy of Stanley Will Probably Be Fine to giveaway and you could win it!

All you have to do is leave a comment below and tell us what your favourite comic was growing up!

Posted by WendyMcLeodMacKnight at 7:00 AM

Spider-Man was probably my fave, although I wasn't big into comics. (I have a YA wip with a secondary character who's obsessed with DC, so now I'm learning!) Looking forward to reading STANLEY!

I loved the Sunday comics, especially Calvin and Hobbes. The only comic books I ever bought we're Archie ones and they were so before my time but I loved them.