Some of the most vivid memories I have from childhood are about the camping trip I took with my family from Long Island to Wyoming when I was eight. More than twenty years later I still can remember the trip in detail so when I started writing books, it seemed natural to try to share that experience with others. After all, everyone always says, “Write what you know.” I know that trip. 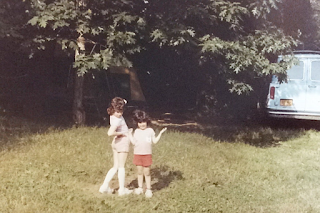 So I wrote a story about a girl who goes camping with her sister. I called the book, The Camping Adventures of a Carsick Mosquitophob, because that was my experience. Even though I loved the trip, I couldn’t be in the car for more than a half an hour without getting nauseous and I was so allergic to mosquitoes my legs swelled like balloons the first night. I wrote everything down then revised it, edited it, and sent it off to my beta readers. Their response, “It’s a nice, sweet, quiet story.” One even went as far as to say that she would pick it up, read a few pages, fall asleep, and then read some more. Not what I was going for. But now, about ten years after writing that manuscript, the book, The Perfect Trip, will release on Friday. Here is what I learned over the past ten years that helped me take a story from real life and turn it into something new that someone besides a member of my family will want to read.

Know Your Character
As much as we think we know ourselves, how often do we do a complete character analysis? Yet in order to write a good novel, a writer needs to know their character inside and out. Even if you are going to use yourself as your main character, take the time to do some character work. For my story, I decided I needed a completely fresh perspective, so I created a girl who plays baseball who was a lot more determined and strong willed than I ever was at that age. This character became so real that she needed a whole book about playing baseball before I could get to the camping trip story.

Discover Your Character’s Wants and Needs
As a kid on a camping trip, the only thing I really wanted was to have fun, not get carsick, and not get bitten by mosquitoes. That wasn’t enough. A book character needs a purpose, a drive. Something that will push her forward and guide her decisions. My main character wants to play baseball and that is part of her motivation, but she also comes from a broken home where her mother is rarely in the picture. Her father has remarried and she has only started to appreciate her stepmother. She has to figure out those relationships and more as she is moving though her trip.

Create Obstacles
An obstacle needs to interfere with the character’s wants and needs. Being allergic to mosquitoes and carsick did ruin the fun, but not in a significant way. Something more needs to be standing in the character’s path so that she can work to overcome the problem and decide its level of importance in reaching the overall goal. I will not give away my character’s obstacles, but I will say that they have the potential to ruin everything she thought she had accomplished in life and in baseball.

Character Growth
By the time the characters reach the end of the story they have to grow and change. This was probably what my first story lacked the most – growth. By the end the characters had a fun experience, but they were the same people they were when they started. In the new story, each important character has an emotional arc and develops some new understanding.

In the end
When the current book reached my betas (some who were the same readers from ten years ago) they no longer thought of the book as a nice, quiet, story. Instead they were looking forward to each page turn. It’s almost as if my character and her family knew about the trip I took as a kid and decided to go to the same locations. Like any trip taken a second time, even if there are similarities, the trip is a whole new experience. 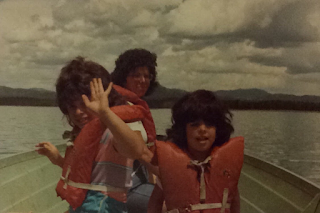 Stacy Barnett Mozer is the author of The Sweet Spot and The Perfect Trip, which releases this Friday, March 24, from Spellbound River Press. She is a third grade teacher, a mom, and an assistant regional advisor for the New England chapter of the Society of Children’s Book Writers and Illustrators. 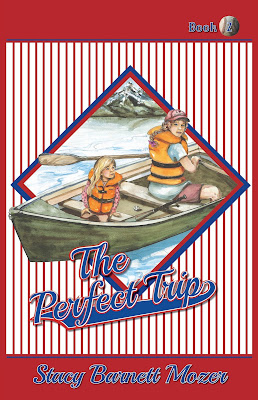 I love this post, Stacy! love that you reinvigorated a previous work in such a good way!

I echo Wendy's comment^ above. I love this post just as I love road-trip books. A huge pat-on-the-back, Stacy.

Thanks so much! I'm so thankful to the blog for having me visit to share a piece of my journey.

Great post, Stacy. Thanks! My stories tend to lean toward the sweet, quiet side, for sure, and I really need to remind myself to think through the characters' wants/needs and create obstacles. Thanks for the reminder of how important this is! :) Also, I loved reading the evolution of your trip story! Congratulations!