I know, I know.
If you clicked over here from Twitter or Facebook, you're probably not interested in the words I'm typing. I'm betting that you're probably just gonna scroll right down to the cover, right? It's a safe bet, given that it's exactly what I do every time I zip over to check out a cover reveal.
These preambles to cover reveals are like the three pages of liability waivers you sign before bungee jumping...just a necessary nicety you hurry through before you get to the exciting part. I totally get it.
So don't feel bad. Seriously. Go ahead and look!

BUT...I know that sometimes some folks read these, and I know that I almost always scroll back up and read once I've feasted my eyes on the cover. So I should say some stuff, right?
Well, I am truly excited to reveal the cover of my upcoming middle grade novel, SCAR ISLAND, which will be coming out January or February 2017 from Scholastic.

SCAR ISLAND is about Jonathan Grisby, a boy who commits a terrible crime. His punishment? Being sent to the grim and gloomy Slabhenge Reformatory School for Troubled Boys, an island fortress that is much more like a prison than a school. Just as he's figuring out how to survive there, a freak accident leaves Jonathan and the other Slabhenge boys alone, without any grown-ups. Suddenly the kids are free, with an island to themselves. But freedom brings unexpected danger. And if Jonathan can't come to terms with the sins of his own past and lead his new friends to safety...then every boy on the island is doomed.

SCAR ISLAND is, in some ways, very different from my other two books. It's a little darker, a little grittier. It still has that gooey emotional center that I like in a story, but this time there's a bit more crunch to the plot surrounding it. Plus it has giant rats, which I'm pretty stoked about. I'm really excited to get this story into readers' hands...and really excited to show off the cover.

Once again, I lucked out. I was over the moon for the covers of my last two books, THE HONEST TRUTH and SOME KIND OF COURAGE. I loved their striking simplicity, their similar styles, the kind of thematic purity that put the heart of the story right there on the front of the book. They were both designed by Nina Goffi, and I will be forever grateful to her for giving my stories such beautiful faces. 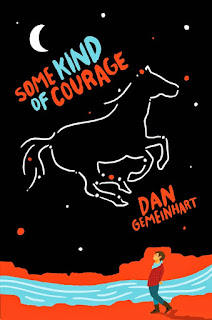 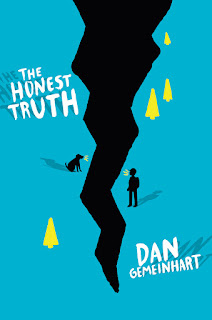 So I was beyond thrilled when I heard that Nina Goffi had signed on to design the cover of SCAR ISLAND, too! And, once again, I think she knocked it out of the park. She has an amazing gift for not only putting together a compelling, attractive-to-the-eye image...but one that also perfectly captures the mood and personality of the story. I'm so lucky and grateful to have my book covers in her brilliant hands, and SCAR ISLAND is no exception. I love it.


So, without further ado, here it is (as if you haven't already looked). I hope you like it as much as I do! 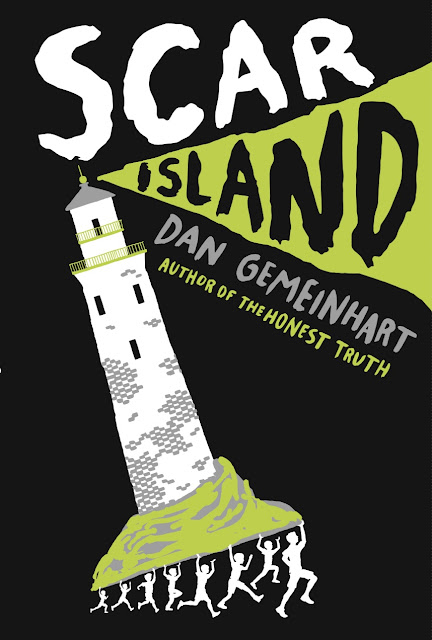 Beautiful! And I read all the words. Every one! Congrats!

I love it! wow, really excellent cover. Congrats! (And like Wendy, I read all the words, lol.)

Thanks so much for the congrats...and for reading the words! :)

Thank you, Shari! I feel so lucky to have gotten these covers...

Thanks so much, Melanie!

It is an awesome cover! I read all of the words before scrolling down! Looking forward to reading this new book!

I read the words first, and resisted the urge to look at the cover last. It was worth it, even tho' I was tempted.
Glad to know that Scholastic is on board with the next book as well. Looking forward to reading the next one; I've loved the first two!! Congrats Dan!

I always read all of your words, Dan. Congrats on the latest of your successes. Can't wait to read it!

Who wouldn't read your words? That's why we're here. Our 7th grade literature circle group just finished The Honest Truth and kids tore through it! I like the new cover & look forward to reading this one too.

Dan~ Awesome! DHMS will be ready for it, it has been such a thrill to see the kids walking around with your books in their arms... I'm a proud tubie! ~Cristy

Yay! So excited for this new story Dan. Sounds like something our students will love. Beautiful cover.

All of your covers are so fantastic! Looking forward to this one.