And thus Less Than Three was born. It's name not only comes from the fact that the symbol makes a heart, but also because when bullying funding was offered, less than three schools accepted. LESS THAN THREE! A change has to be made and that's what Less Than Three is all about.

Bullying is such a hot topic because it's everywhere. It's in schools, at home, and online. Kids can't hardly escape it. Even adults experience it. So 21 MG/YA authors and 250 attendees came together to talk about bullying in four panels: Bullying in School, Self Bullying, Cyberbullying, and Bullies & LGBTQ.

Author Jennifer Brown defined bullying best in the Bullying in School Panel. She said it takes three things to comprise bullying:
1.) Intent to harm
2.) An imbalance of power
3.) Repitition

If someone says something once it's mean, twice is rude, and three times, that's bullying.

From there the discussion continued into speculation about why kids get bullied. A lot of times kids that are different from the norm, get teased. And sometimes all it takes is one negative comment to make someone feel bad about themselves. But just because someone is different doesn't mean they brought the bullying on themselves. Heck, even skinny, beautiful people have problems. There's so much pressure from society and we are so obsessed with celebrities and perfection, that we develop unrealistic expectations. These thoughts and words can be alienating and lonely.

Loneliness is often what makes bullying feel so painful, where the power is often lost. But there is strength in numbers. Talking to trusted family members or friends can help the bullied gain back some of the power. Adults can help by not only listening but also by setting an example. Adults need to show the world that bullying is not okay. If you see someone being bullied engage that person and just talk to them. Not necessarily about what happened but about other things too. Give them a safe environment and let them know someone cares. It takes away the loneliness and the power the bully has.

It's shocking that there isn't a single school out there that doesn't have bullying. But some deal with it better than others. The more people that band together and speak out against bullying the better. Groups of people can make a difference. Individuals can too. It'd possible to call out bullying to people. Most people don't want to be mean. If you politely show someone they've crossed a line, many times they will stop. Everyone is somebody, and a lot of somebodies is a force to be reckoned with.

Bullying isn't just in person though. With the internet, smart phones, and social media, bullying has taken on a new form. There's so much hatred online. It's so easy to see a screen name and not the person behind it. Someone shouldn't have to worry about what they say and do and how others might hurt them. Unfortunately that is the world we now live in.

The important thing to remember is not to feed the trolls. It's best not to engage the bullies online. If you don't respond, the bullies will lose interest because they aren't getting a reaction from you. You're no longer fun to pick on. But you can take it a step further. If you don't like the direction an email, tweet, blog post, or message is headed STOP READING. Remove the bad from your life. Thankfully it's a lot easier to close a browser tab than to get away in person. A good general rule of thumb online is to ask yourself:
1.) Would my grandmother be upset if she read this?
2.) And will this come back to haunt me?
If you answer yes to either of those it's probably best not to post.

Unfortunately when someone hears the same negative things over and over again whether in person or online, sometimes they start to believe them. And because of this, people often don't believe the good things and the compliments when they come. No matter how many times someone tells them.

In response to the self hate, author Cheryl Rainfield told the audience "You don't deserve to be hurt. Don't deflect love. Trust it and let it in." Ellen Hopkins added, "Look at how other people are reacting to you for things you may not see in yourself. There's no such thing as perfect, it's different for everyone. Find what you love about yourself."

But it's often hard to understand ourselves let alone what others are going through. If we haven't been there how can we understand it? This is a common phrase people use to deflect help. But the knowledge from books can help. "It's important for us as readers to go through those tough experiences (in books) so we understand what others go through," author Rachel Caine said. And this is the power of words, what gift writers can give to the world. To share experiences and make others feel less lonely.

It's hard to do what's right. It's hard to ask for help. It's hard to be a voice. But that's what it's going to take to stand against bullying. Lots of people doing those things. Being the example. Acting as a support system. Making a difference. While we certainly don't have all the answers on how to fight bullying, we came a long way during Less Than Three. We shared great ideas. We created a support system. We showed the power and strength in numbers. And that is a great start.

For more awesome pictures and quotes from Less Than Three check out the hashtag #LessThanThree.

I've shared more of my experiences from the conference as well as some of my personal story about being bullied on my blog. Feel free to share your stories, experiences, and ideas below. Let's help spread the word and make a difference. 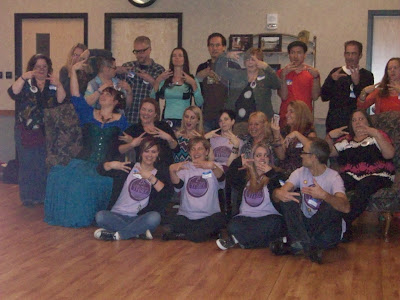 Posted by Jamie Krakover at 3:00 AM

Totally! I'm already looking forward to next years! I miss it so much already.

Great conference, great post! It was wonderful to meet you, Jamie!

Thanks! It was great meeting you too!