I'm a dude...writing as a dudette. Writing in the Opp. Gender, and AVOIDING stereotypes

You can call me, The Dude. I usually sit around at home, staring at a blank template, sipping on my White Russian, waiting for words to fall out. As the Dude, it's my job to ensure all my characters are as realistic as possible. Originally, my latest book posed a bit of a challenge. One of my main characters who basically splits time with the other, is a dudette.

Now, I know what you're thinking, "What's the big deal?". Well, there really isn't one, now, especially since I decided to stop OVER THINKING the fact that I've never been a lass before. Always a lad. When I first started writing, I thought to myself, "Is this honestly the lady frame of mind? Or am I stuck in my testosterone filled brain?"

There used to be a point when I was writing and I'm like "Whoa whoa whoa. This is becoming way too stereotypical."

Okay, I'm making it sound a lot worse than it is. But here's the thing, writing in the opposite gender CAN be a challenge. Especially when writing for a MG genre. Heck, girls and boys go through VERY different emotional states during this time of their lives, and both act very differently. Sure, you can get the tomboyish girl, but that doesn't mean they are THINKING like a boy. But there is one key to overcome this. 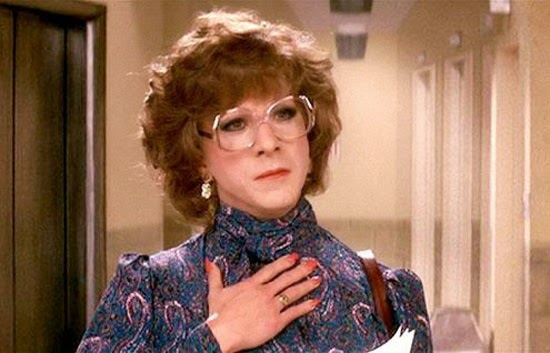 Here's the trick to it, and I'm going to put it very simply. Don't...overthink....it. That's all there is to it. Your characters are supposed to come to life the moment you write them, and the instant you create their backstory. That is the true judge of their character, and their mindset. Toss out the gender stereotypes, and ignore they even exist, and your characters are going to pop out of the page regardless of the gender.

Go in pretending that your characters are basically neither male or female. Let their stories create their actions and their voice. Why do you need to base it solely upon what sex they are?

You're supposed to make your characters seem real. If you're just focusing on the stereotypes, well, then your reader isn't going to connect. I'm certainly not the "stereotypical male" nor is my wife the "Stereotypical female". Hell, I don't know anyone who follows a stereotype.

Ahem, back to what I was saying. If you're afraid of writing in the opposite sex, don't be. What is there to be afraid of? You're writing about their character and their experiences, not their gender. Let them come to life on their own, and don't let what's in their pants guide you. Unless your story is about what's in their pants, and in that case, it may not be Middle Grade. :)

What do you guys think? Do you find it challenging writing in the opposite gender? Do the stereotypes seem to follow your characters? What advice do you  have for writers struggling to conquer the opp gender voice?

I held off on my current series, in the beginning, due to the fact that it's a twelve year old boy, but like you said above, don't over think it. That's exactly what I was doing and couldn't seem to get the story going. Once I relaxed, the story started to flow.