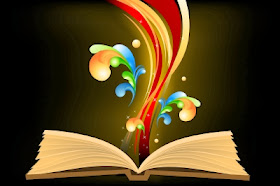 Have you ever entered a blog writing contest? Most ask for a query or pitch and first 250 words. Then they pick the very best out of the hundreds who enter and put them in front of agents to make requests.

Because you have to compete to stand out among hundreds of talented writers these contests are HARD. You can't just have good writing in your first page, it needs to be spectacular! The best writing you can possibly showcase. Through my many failures and few successes in these contests I've learned that there are two things you need to make it through.

A concept is the basic idea of your novel.

A concept is an idea. It should be original, stand out, something that hasn't been done before. Unfortunately, this isn't something you can change for a contest, not without rewriting your novel. Some novels don't have unique, stand out concepts and that's okay. If it's compelling, with great writing and awesome character—your book will still stand out.

2. A great first page.
This is something you can change, and should. That's why I'm writing this post. Especially if you don't have a super unique concept, your first page needs to be amazing. So how do you make your first pages amazing?

Step 1-  Start in the right place

Your first page doesn't have to have the inciting incident. But your first chapter should. Where does your story really start? If you have 2 chapters of backstory and small conflicts that don't actually add to the main storyline—cut them! Those things can be added into your novel at a later point. You need to get the story moving right away. Remember that when it comes to finding an agent, whether that's after a request based on the first page or hanging out in the query slush pile, you need your whole first chapter to be great. We're focusing on one page today, but don't make the mistake of having a sizzling first page and then missing your opportunity with the next few.
Now that you have your first chapter, find the right spot to introduce your world, character and conflict.

I said before that you don't need to have the inciting incident in the first page. Some say it's great if you do, but I've seen writers try it and it ends up being very hard to feel for your characters. BUT, you do need conflict. Something your character wants but can't get. Something they need to do. It can be as small as running from a butcher after he stole a roast (The False Prince, I love this opening!) or showing that your character is something bad: "Being a half-blood is dangerous. It's scary." (The Lightening Thief). It can be emotional, like being picked on or missing someone who died. It doesn't have to be action, but it does need to show a problem. My favorite tactic in a first page is to surprise! Show us something we didn't expect. Something that will get us to remember you! (Remember: if you do start with action, be careful not to confuse the reader. We don't know the world or characters yet so while action is good, we also need to be able to follow the story and care about what's happening)

This is a hard one to pinpoint but one of the most important. You can get away with A LOT if we fall in love with your character right away. Voice, essentially, is personality. If I can't tell the difference between the POV of your character and his neighbor next door, you probably don't have voice. It's the way a character speaks. It's the way he thinks about things. Does he talk fast and jumble up words? Is he precocious and speak in very large words to sound smarter?

"Am I a troubled kid?
Yeah. You could say that."

Voice is often funny, so if you can add in something humorous, that's golden. Doesn't have to be fart jokes (though we like those here), instead it can be sarcastic or something that's not even funny to the characters but is ironic to the reader. But don't worry if you can't make it funny because you can have great voice without being a comedian. Just let your character show their personality. Again, this is about being unique. Show us what is unique about your protagonist through their voice.

Step 4- the writing
The first page can be written and rewritten, tweaked over and over again. So play with it. Use your great writing talents to show us the conflict and character in the best way possible. This step is just about polishing. Use description to set the scene. Give us emotion with the use of the right words. Vary your sentence length and word usage (make sure you don't use the same words over and over again) and certainly be careful of starting all your sentences with the word I (first person is very popular.) But don't let good writing take away from your characters voice. Don't use words your character wouldn't use, especially in Middle Grade. Talking like an adult in a MG books (or even YA) just because you think it's pretty, is a very easy way to get rejected.

This one is hard and hopefully you've already done it through the last few steps, but I wanted to be sure I emphasized it regardless.
Make it clear why this story and conflict and character matter. Show us the emotion. Is your character afraid to die? Is he worried he'll be alone forever? What will happen if your character doesn't achieve his goal? Yes, there should be stakes even in the first page. Even in the small conflict you use to introduce the story. Make us care what happens to this character-- that's what makes a great story!

"If I had to do it all over again, I would not have chosen this life. Then again, I'm not sure I ever have a choice"

In truth, I'm not a huge fan of these two lines. Almost cliché, doesn't tell me a whole lot about the story or really even the character. But it does show emotion. It gets better though, don't worry.

"These were my thoughts as I raced away from the market, with a stolen roast tucked under my arm."

Conflict! Nothing spectacular, but enough to make me wonder why he'd stolen it and what will happen now.

"I'd never attempted roast thievery before, and I was already regretting it. It happens to be very difficult to hold a chunk of raw meat while running. More slippery than I'd anticipated. If the butcher didn't catch me with his cleaver first and literally cut off my future plans, I vowed to remember to get the meat wrapped next time. Then steal it."

Truth: this roast does not play a large role in this novel. If he hadn't stolen the roast, Sage still would have been taken by the royal and the rest of the story would come out the same. So why start here? It's got conflict, shows me the world in an interesting way and already I have a great idea of this character. After the roast bit, Sage is saved by a strange man and essentially bought for unknown reasons. The man is the inciting incident. This roast bit is an amusing way to show us the characters, the world and conflict, and lead us to the important parts.

If you have any questions, leave them in the comments. I'd love to answer them!
Stacey Trombley at 4:58 AM
Share